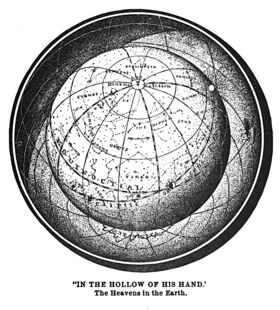 Concave Sphere is a type of hollow earth hypothesis, broadly holding that the surface of the planet is a sphere that forms the exterior bounds of the universe, such that the universe can be said to be contained within the earth, in the manner that an eggshell contains an embryo. One of the more well-known versions of this hypothesis is the Cellular Cosmogony that was proposed by Cyrus Teed (a.k.a. Koresh), an American religious leader and founder of Koreshanity (Koreshan Universology).