Space Brothers (or Space People, Space Beings) is a popular namesake for a group of benevolent extra-terrestrial beings, sometimes reported as being from Venus or other local planetary bodies, which were first written of by George Adamski and other contactees, beginning in 1952. They are typically described by contactees as fitting the Nordic racial image (tall, white-skinned, blonde-haired, blue-eyed), but, as with all contacts, stories about their appearance and characteristics will vary considerably from author to author. Many of the "Space Brothers" contacts would eventually coalesce into the Ashtar Command circle. 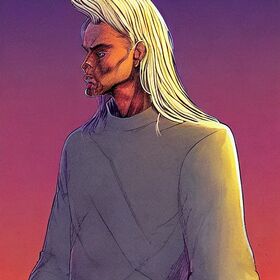 Orthon, a Venusian of the Nordic type.

Earth People on Other Planets

From New Worlds and Beyond