Orlando F. Ferguson (November 11, 1846 - February 3, 1911) was an American real estate developer, advocate of a Biblically-inspired Flat Earth theory he called the "Square World" (popularly notable for his 1893 Map of the Square and Stationary Earth in support of such), and prophesier that the End Times would fall on the occasion of the World's Columbian Exposition at Chicago in 1893.[P]

Ferguson was also the editor of a short-lived newsletter entitled The Square World.[2][3]

Map of the Square and Stationary Earth

Four Hundred Passages in the Bible that Condemns the Globe Theory, or the Flying Earth, and None Sustain It. This Map is the Bible Map of the World. 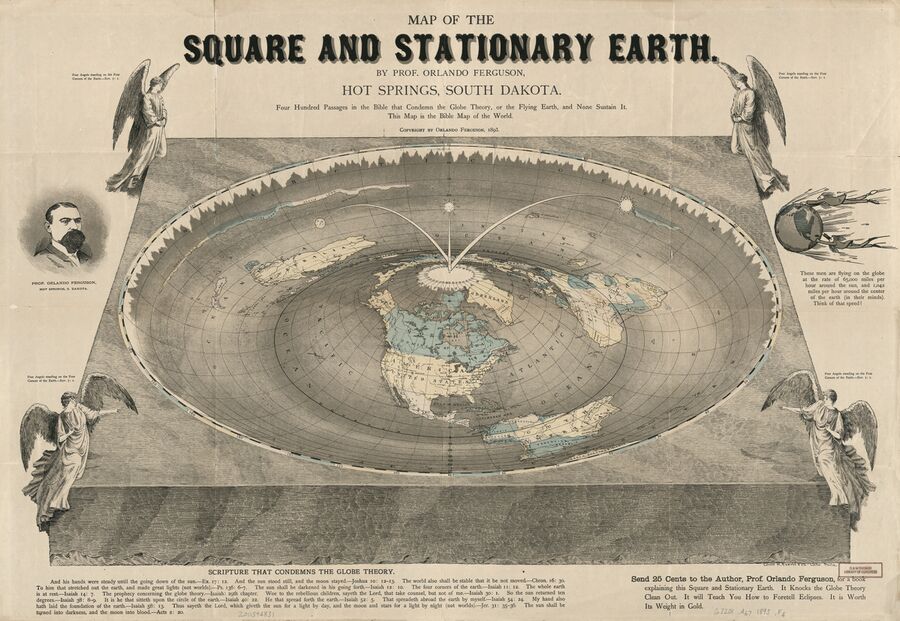