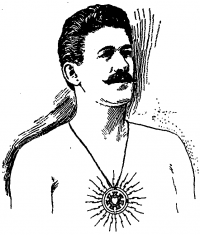 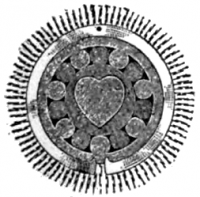 As with other medallions of the galvanic type, Dr. Henry Oliver's Battery (or Polarizer) was promoted as being "made from a combination of positive and negative elements," (i.e. different metals), "placed with special reference to one another so that they form cross current, from positive to negative, constantly throwing off their electric power," via the process of Galvanic corrosion, with the electrolyte being "the natural humidity of the skin."[1]

As to the actual benefit of wearing such a medal, it was promised that the Galvanic Battery "prevents as well as cures Rheumatism, Neuralgia, Dyspepsia, Sick Headache, Weak Stomach, Kidney and Liver Complaints, Nervousness and all other ills that flesh is heir to."[2]