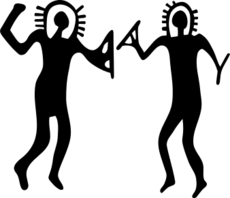 The Ancient Astronaut hypothesis is a position in ufology that proposes extraterrestrial visitors have influenced human development - including technology, language, culture, religion - from ancient times, based on interpretations of archaeological and historical records. Proponents of this hypothesis often include conjectures that megalithic monuments (such as Göbekli Tepe) and later-era constructions (such as the Giza Pyramids) were constructed by, or with assistance from, extraterrestrial visitors, and that such monuments may serve alternate purposes to those argued by conventional historians.