It all began with Patterson-Gimlin . . . or did it?

Bigfoot-Truth.com is dedicated to the cause of EXPOSING the lies and cover-ups surrounding the events of October 20th, 1967 in a manner that inspires all to overstand and accept the TRUTH that covert elements orchestrated the creation and distribution of the Patterson-Gimlin film as a centerpiece to a broad effort to discredit and promote a climate of skepticism and denial of reality. We do this not in an effort to destroy or do harm to those responsible, but to restore a tapestry of knowledge has been too long obscured by the thick smoke of falsehoods, denying genuine seekers the opportunity to explore and manifest the clear wisdom that should be freely shared.

In pursuit of our noble end, we are firmly committed to the PROMOTION of the best research, reportage, and education regarding the suppressed realities of October 20th, 1967, and all linked events connected with the beings commonly called Bigfoot. We seek to ADVANCE our insights in an effort to bring an END to the present system of media fraud, of secret governance and hidden economies, of false skepticism and disingenuous sciences, of power shifted by disinformation and miseducation. In pursuit of this, we call for the birth of a new, open society that provides absolute protection of the natural right of inquiry and liberty for all beings to commune and share in the treasures of accumulated wisdom; the restoration of sovereignty to all; the commitment to the purpose of truth and freedom, justice and equality, solidarity and peaceful existence; and the shaping of the mind in a way that is open and fully informed, holding truth foremost.

In summation, we seek nothing less than the overthrow of the illicit power structures that caused those responsible to consider Patterson-Gimlin a necessity and to replace all such fearfulness with understanding. We solicit collaboration with others who are committed to achieving these goals by way of peaceful transformation.

Is humanity ready to take the next step and to live in peace with all other intelligent beings? We believe it is. Help us prove this out.

Notes from the Sasquatch

Kyle and Dakota's Believe It Or Don't!

Dakota Crane, the Loud Detective, and Kyle Tierce, the good Dr. Quandary, present the following series of articles, each one detailing a historic artefact of potential pop-cult significance, each inspired by the mystery of the Yeti, each kept from open market by unknown forces. Conspiracy or fantasy? Creative fiction or inspired fact? We'll let you judge the truth for yourself . . .

Real knowledge, revealed while acting under the influence of the mode of skunk sweet sapience. 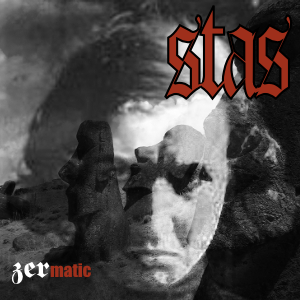