Joseph Mulhatton (sometimes spelled Joseph Mulhattan; c. 1852 - December 5, 1913) was an American travelling hardware salesman, miner, and serial hoaxer, credited as the author of a multitude of fabricated stories that were widely published in local, American national, and international newspapers as legitimate news, including: alleged plans to have George Washington's petrified remains put on public display at Washington Monument; the exploration of an enormous underground river beneath Birmingham, Alabama; the fall of the largest meteor ever known; the calculation of the precise location of the Star of Bethlehem; an invisible moon thirty-thousand miles from the Earth; a lost pyramid and the golden treasures of an extinct race in Kentucky; hemp-harvesting monkeys and a plan to import them in huge numbers; and the discoveries of the Magnetic Saguaro Cacti of Arizona and the Arbor Diaboli (Devil Tree) of Mexico. He was frequently compared to Ananias, the Biblical figure of Acts 5 who was struck dead for lying, and in later years to Raspe's Baron Munchausen character, amassing an impressive array of headline titles from "Prince of Prevaricators" to "Monarch of Mendacity." 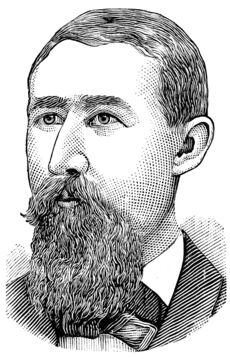