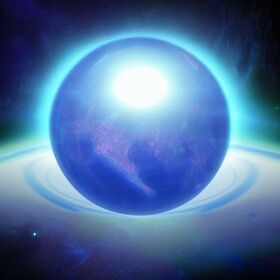 Clarion is an alleged planetary body, which, according to contactees including Truman Bethurum, Frank Buckshot Standing Horse, and Dorothy Martin, exists within our solar system, but permanently out of view of Earth thanks to an orbital quirk that causes it to be perpetually obscured by the Moon (or the Sun, depending on who is telling the story), or exists in a different state of vibration, causing it to be invisible and intangible from a human perspective. Italian contactee Maurizio Cavallo, in contrast, has stated that the planet is situated outside of the solar system in the constellation Aquila.