William Debus was an American machinist and iron pattern maker at Rochester, New York who claimed in 1901 to have invented a fly-wheel-type perpetual motion machine. 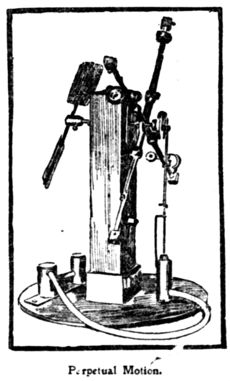 As seen in St. Louis Post-Dispatch.