a.k.a. the Mentograph, a.k.a. the Register of Cerebral Force, the invention of one Edmond Savary d'Odiardi. The device is was intended to demonstrate the existence and influence of mental (i.e. psychic) forces, being in a similar class with instruments such as H. Baraduc's Biometer and Paul Joire's Sthenometer. 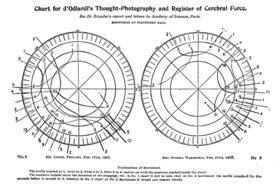 "The Apparatus for 'Thought Photography and Register of Cerebral Force'" (Cheiro's Language of the Hand, 1897) 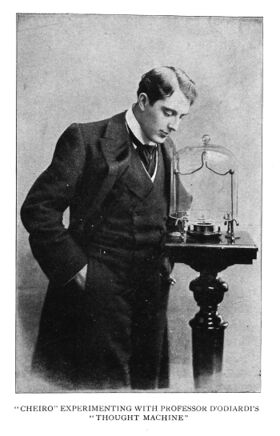 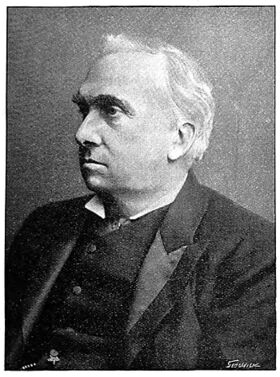 "Will-Force: Experimental Research Into the Direct Influence of Mental Waves Upon a Material Object" (Light, Mar. 1898)

"THE ELECTRIC LOVE MACHINE READING THE TRUE FEELINGS OF THE HEART."

"The register of cerebral force in operation at the home of M. Savary D'Odiardi in London. The sensitized needle responds to all human emotions."