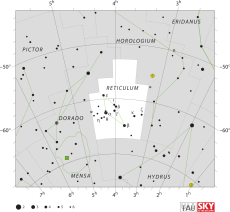 Serpo is an alleged planetary body reportedly in the Zeta Reticuli star system, the home of extraterrestrial beings known as Ebens, with whom it was claimed that the United States' Defense Intelligence Agency (DIA) engaged in a thirteen-year personnel exchange program (1965-78). The story of the Serpo Exchange Program was first published to an email list by Victor Martinez, who said it had been anonymously provided to him by a source claiming to be a retired military official, now alleged to have been Richard Doty.