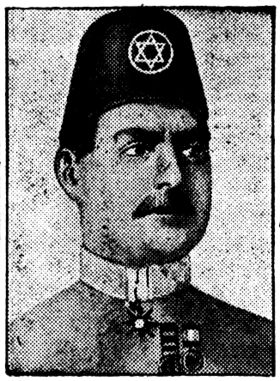 As pictured in the Spokane Press in 1908.

Henry Mansfield (born c. 1858)[1] was a professional clairvoyant, palmist, etc., active in the first decades of the twentieth century, working in the Pacific Northwest, first in Washington state, and ultimately in San Francisco, California.

In 1916, Mansfield sued lawyer Harry L. Stafford, accusing him of misappropriating $20,000 dollars; Stafford denied the charge, and held that Mansfield was a victim of "mental brainstorms,"[2] relating that Mansfield had been arrested in Modesto, California months earlier owing to a "demented" state.[3] The suit was eventually dismissed by Mansfield's lawyer, while Mansfield himself was reported to have departed California for "parts unknown."[4]