Eilbeck Hunter Taliaferro (June 30, 1844 - December 9, 1891) was an American merchant and inventor who claimed to have designed a perpetual motion machine, which he said came to him as a vision of a bright star in a dream followed by a sense of being compelled by an unseen force to assemble the design from paper, pins, and buttons. Taliaferro first promoted his invention in Atlanta, Georgia in 1887, receiving some press attention, and entered into a failed partnership with one James M. Collier to build the machine; later, in 1890, having relocated to Nashville, Tennessee, there was a report he was making plans to form a stock company to finance his scheme. 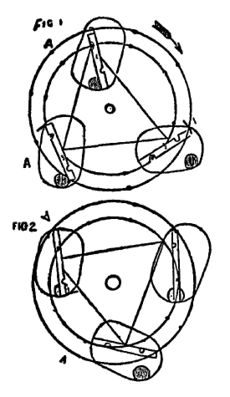