The Cartilage Company was a Rochester, New York-based mail-order distributor of a proprietary method, the "Cartilage Treatment," a stretching exercise credited to one K. Leo Minges that promised to increase the height of its users. The company enjoyed world-wide success over a decade, using advertising methods following much the same model as other E. Virgil Neal-Thomas F. Adkin allied concerns, and ultimately met the same fate as those concerns, being prosecuted in the United States and denied postal access on fraud charges. 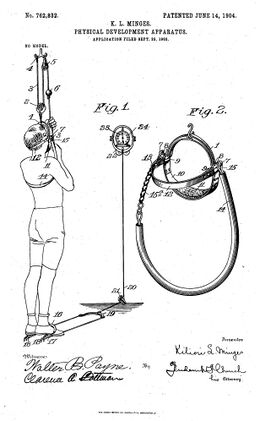 1904 patent ill. for the Physical Development Apparatus invented by K. Leo Minges for increasing height via the "Cartilage Treatment"