Zadoc Pratt Dederick[i] (August 8, 1849 - February 22, 1923) was an American patent attorney and inventor who, in 1868, was the co-patenter (with Isaac Grass) of a carriage pulled by a steam-driven mechanical walking machine given the appearance of a man and advertised as the Newark Steam Man. 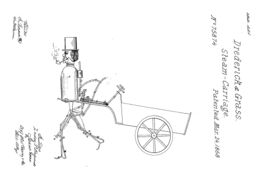 Patent illustration of the Steam-Carriage from U.S. Patent No. 75,874. 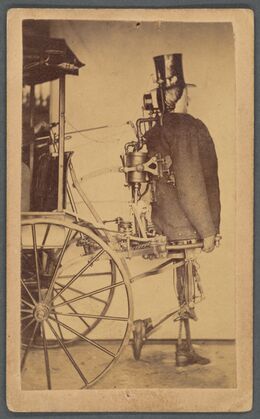