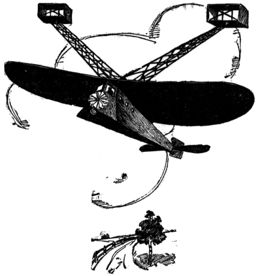 Wallace Elmer Tillinghast (September 5, 1872 - November 25, 1930) was an American engineer who reported to American newspapers that he had built a "secret aeroplane" and flew it from Worcester, Massachusetts to New York City and back via Boston, a trip of some four hundred miles, over the night of 8 September through the morning of 9 September 1909, and was reported to have renewed his night-flights over New England during the Christmas season that followed. Ultimately, Tillinghast did not produce any evidence for his claims, and he was subsequently dismissed as a hoaxster.