Herbert Rose (c. 1859 - ?) was an Australian geologist and inventor who devised a gravity wheel-type perpetual motion machine and spent several years soliciting funds for its development and sale, coming into some trouble with Australian authorities for his sale of shares in what he called the Rose Self-Acting Gravity Wheel Syndicate. 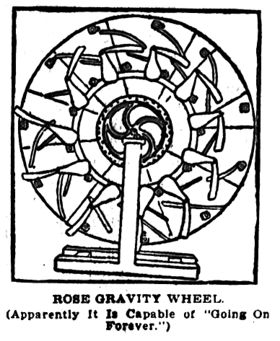 As seen in Hopkinsville Kentuckian.