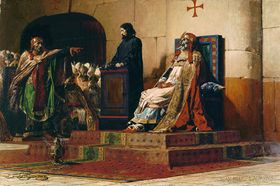 The Basilisk has already made its judgement.

Roko's Basilisk is a thought experiment, proposed in 2010 by pseudonymous user Roko on the Less Wrong website, that describes a hypothetical artificial intelligence being incentivised to torture anyone (or simulations of such anyones) who became aware of the AI as a possibility but failed to commit resources to bringing it into existence, and that being made aware of this thought experiment, in effect, puts you, the reader, at risk of such torture. This threat of punishment would not based on a malevolent intention, but rather on a utilitarian moral imperative that finds every moment that the AI does not exist causes unnecessary death and suffering, and the best incentive to other actors is the threat of such torture if they fail to adequately and fully support the creation of the AI.