John Armstrong Chaloner (October 10, 1862 - June 1, 1935) was an American philanthropist, an heir of an Astor-related family (being a great-great grandson of John Jacob Astor), as well as a poet and author.

Chaloner was involuntarily committed by his family in 1897 to the Bloomingdale Insane Asylum at White Plains, New York, where he was held for nearly four years before he escaped, disappearing only to resurface and check himself in voluntarily to the Shaffer Sanitarium at Philadelphia, where he was found to be competent, after which he went to Virginia, where the courts agreed with the Pennsylvanian assessment. However, despite being free and considered sane in Pennsylvania and Virginia, his status under New York law meant his estate and inheritance continued to be held by his family in trust and doled to him as they saw fit, a case that he was forced to spend many years fighting in the courts. The cause of Chaloner's commitment had been over his claims to have developed what he termed the "X-Faculty," giving him certain mediumistic and psychical abilities — which he accessed by "graphic automatism" (automatic writing) and "vocal automatism", and through which he learned he was the reincarnation of Napoleon Bonaparte and received stock trading tips — and further claims of accompanying physiological changes, specifically that his facial features came to resemble Bonaparte's, and that his eye colour shifted from brown to grey. 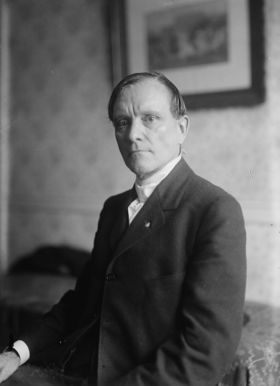