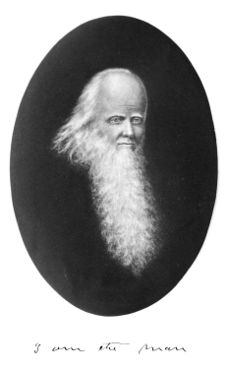 I-Am-The-Man (also known as The-Man-Who-Did-It) is the lead character of Etidorhpa, or the End of Earth (1895), the author and narrator of a manuscript that he delivers in the story to Johannes Llewellyn Llonggollyn Drury at some point in the 1850s. His account of his own abduction by a secret society draws frequent comparisons to the case of William Morgan, an American who had in 1826 threatened to publish an exposé of Freemasonry and subsequently disappeared, believed by many to have been killed.