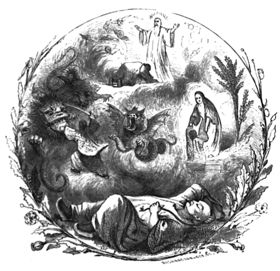 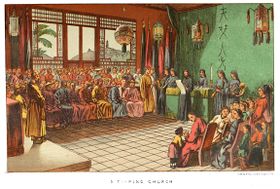 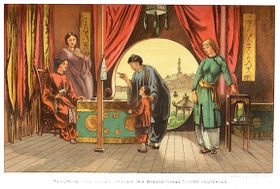 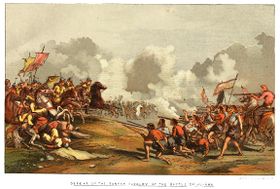 The God Worshipping Society (Chinese: 拜上帝教, bài shàngdì jiào) was a Chinese syncretist Christian movement, founded by Féng Yúnshān and led by Hóng Xiùquán, a Protestant convert of Hakka descent who proclaimed himself the second son of God and younger brother of Jesus Christ. The society was active in southern China during the mid-nineteenth century, where it established the Heavenly Kingdom of Great Peace (太平天国) in opposition to China's ruling Great Qing dynasty, resulting in a fourteen-year civil war known as the Taiping Rebellion (1850-1864).

1837 - "Poem on Executing the Evil and Preserving the Righteous"