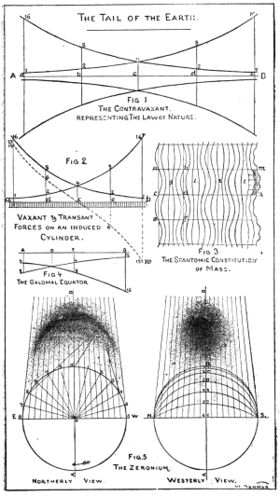 In the work of William Danmar, the galom is defined as "the ever constant product of materity (the tendency in the essence of mass to matter) and paterity (the opposite of the tendency toward matter)," and "the spacefilling entity and the essence of mass;"[1] and galomalism is the hypothetical physics detailed by Danmar as originating from his idea of the galom, which he defines as a "new perception of reality, based on the knowledge of contravaxantism (the mathematical representative of galomalism) as the law of nature, or galom as the essence of mass,"[1] through which he argues one can access "complete knowledge of the world in principle."[2]